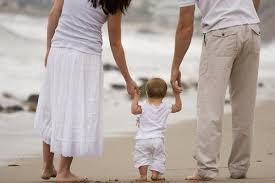 The world most beautiful,precious,sincere, irrespective of every wordly affair and at many instances understanding the feelings of each and other without uttering a single word. Yes this pure relation is of “Parents and child”. The process of formation of child from very start compromises of peculiar emotions. And the person who suffers every stabbing pain during the birth of child is only his Mother. And the financial support system is his Father. So,parents bear every pain,face every hurdle that is becomming the barrier of the path of happiness of their child. They forget even their griefs in the whole process. Child absorb the touch feeling of mother and she stops weeping. Nowadays this full of feelings notion is being promoted on internet.

I usually think that what sort of pretty relation it is, due to which baby they suffered alot of pains, their’s baby one smile is yet enough to heal their wounds. And when the child start to crawl, then the parents feel that child by crawling will collect all their pains,troubles and griefs and will throw them off from their path.. Waooo what a full of love thinking , and when baby is there to walk after crawl and his first step make his parents so happy that many parents distribute the sweets in their beloved relatives. What sort of aspect is this of Love,? Parents are totally unaware of the thing that after growing up ,what sort of behaviour they will have with parents. But Parents move out of control,that under feet of baby they keep the hands so that the rigidity of floor may not harden the soft and fluffy toe of baby. And not even the dusty layer of carpet touch them. Ahh! What a strange love, Whats an amazing love.

So after this all,step of teething comes near, and when baby bites his mother,she instead of weeping , had a vast smile on her face that Almighty have bestowed my child with one more part of body and made him completed .

When a baby girl come in the world, at that time his parents start to think about her marriage . And when a baby boy comes,then they start to feel as a support system arrived in the world. And then the process of schooling become obvious. And then when child takes the definite position in class, parents are full of cheerness, and as the time passes and child jumps the destinations, he had two feelings pumping in him. One is negative. I’ve seen both type of child. One type of child, who in cold only in west and pent was out there to inhale the fog. And one was that,who offers the job in foreign country ‘ and the day his father suffered an accident . That day child was back to mother land. I’ve watched love of both child parent,which were exactly same ,but the attitude of both child make their parents in completely a different zone of emotions. 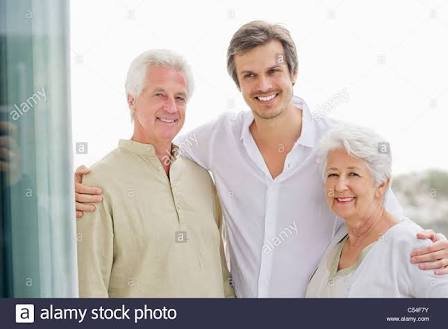 The thing which i want to describe here is that you cant even pay the workout ,pain of that one day which was given to your parents in childhood. Instead supporting them you people send them to old age house and make them feel helpless! Were their hardwork not enough to make you a successful person? Were they not able to be lived with you,? Even the answer lies in you, go seek it and manipulate your behaviour and their effort. You must have listen a song in childhood,” I love you , you love me,we have a happy family”. Just absorb that love once again and dedicate your every breath,your every day to the best people,to the gem people to YOUR PARENTS.

Analysing the Chemicals of Motivation and Inspiration; and researching to balance the Chemical Equation of Inspiration and Productivity. View all posts by Inspired Trait